WeAreBeem > Ideas  > 10 Tech Trends That Will Shape Our Future!

Before we begin, if you’re interested in learning more about Beem solutions and how we can help transform your business and employee experience strategy; don’t be a stranger and feel free to drop one of our Beemer’s a note at Hey@wearebeem.com

From driverless cars to robotic workers, the future is going to be here before we know it!

We’ve all heard about many emerging technologies that will shape our everyday lives, from AI machines to Supercomputers and Big Data storage, and many of these will reach a tipping point by 2025. The World Economic Forum’s Agenda has collected many interesting trends in its report, interviewing 800 executives from the technology sector, who have given us their thoughts and insights about the future of our World.

So, which are the most interesting and landscape-changing technological shifts that will occur by 2030?

80% of people on earth will have a digital presence online by 2023.

More and more people will gain a digital identity as internet connectivity becomes more prevalent. Respondents estimate that by 2023, more than 80% of the global population will have a digital presence. To give a comparable figure, at December 2015 the Global Digital Presence was just over 40%! Digital life is becoming inextricably linked with a person’s physical life, and will only continue to grow in importance.

Companies like Facebook and Google are pushing this effort ahead with various projects to connect remote parts of the world to the internet, in order to shape a future in which everyone will be connected to the internet.

1 trillion sensors will be connected to the internet by 2022. 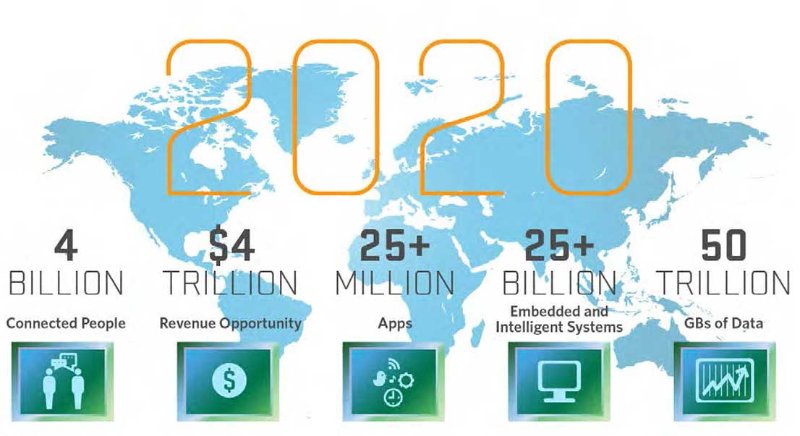 How will these companies reach as many people as possible? By raising the number of sensors connected to the internet! And we’re not only speaking about mobile devices, personal computers or Big Data storage systems: we’re talking about clothes, watches, glasses and in general many wearable technology tools! As the cost of sensors continues to decline and computing power increases, all kinds of devices will increasingly become connected to the internet. Everything will come online, even the ground we walk on will register our steps and collect data.

It’s predicted that 1 trillion sensors will be connected as early as 2022, since every physical product could be connected to ubiquitous communication infrastructure!

90% of the population will have unlimited and free data storage by 2018. 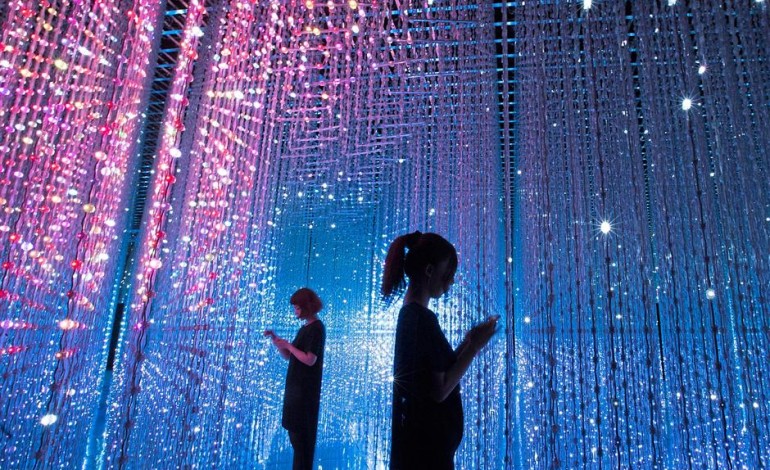 More data to collect means more data to storage, right? Think about this: we’ll never ever delete anything from our systems, since there will be almost unlimited room for codes and numbers storage systems. Pretty scary, uh?  In less than three years, about 90% of people will have unlimited and free data storage.

We are already seeing some companies offer cheap or completely free service. For example, Google Photos already offers unlimited storage for photos and Amazon will let you store an unlimited amount of whatever you want for just $60 a year. And you know why this happens? Because hard drive cost per gigabyte continues to fall, and this has spurred more data to be created than ever before! According to the report, it’s estimated about 90% of all data has been created in just the last two years, and this figure is likely to increase over the next few years. 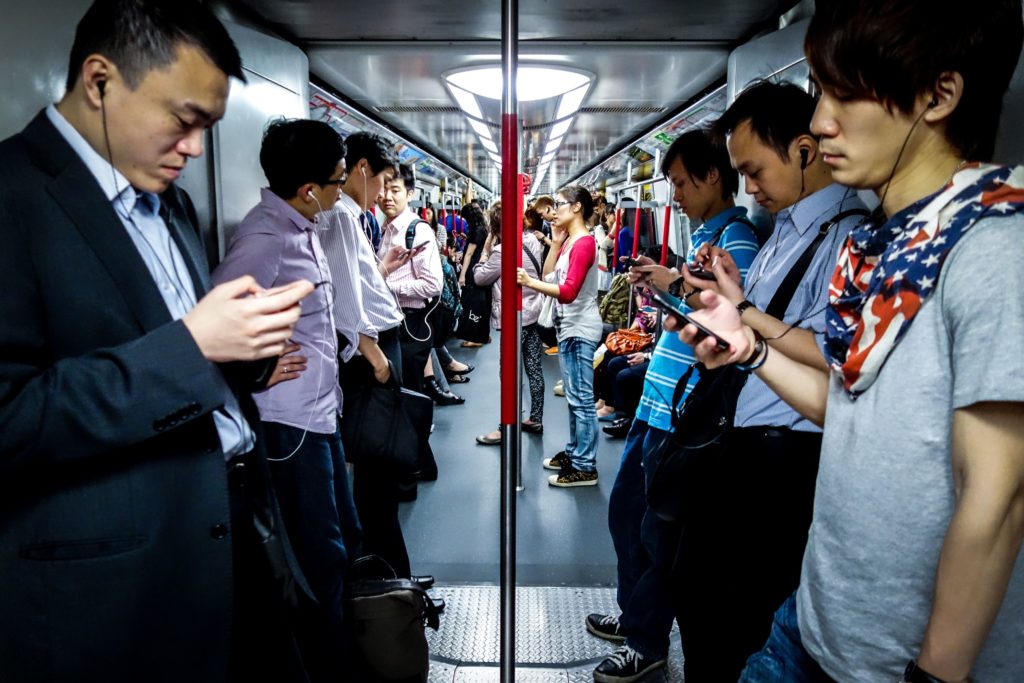 Around the world people are increasingly using their smartphones more than PCs, and in developing nations people are becoming connected to the internet for the first time via their mobile phone. As smartphones gain computing power and the price continues to fall, the speed of adoption will only accelerate.

The number of global smartphone subscribers is estimated to breach 50% penetration by 2017, and by 2023, about 90% of the population will be connected via smartphone. Even in the most remote corner of the world, people will soon use mobile phones to surface the internet! 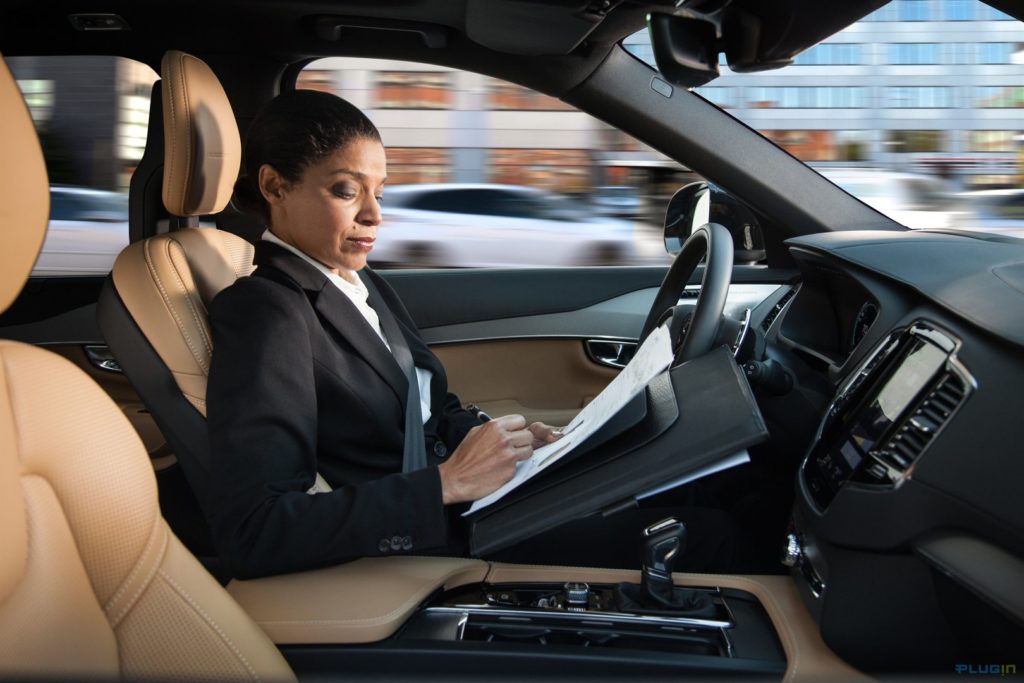 Autonomous cars bring numerous advantages to the drivers: they’ve an increased level of safety, a lower level of emissions and are changing models of transportation. Tech companies like Google and Uber are currently working on self-driving cars. But respondents predict that it will be 2026 before the 10% of all cars are driverless in the US.

But in the world of Sharing Economy, also Uber, Lyft and Zipcar want to have a word in the debate: in fact, by 2025, the 67% of respondents to the World Economic Forum’s poll predict that more rides taken globally will actually be via a car-sharing service, and not by a privately-owned car.

The first city with more than 50,000 people and no traffic lights will come into existence by 2026. 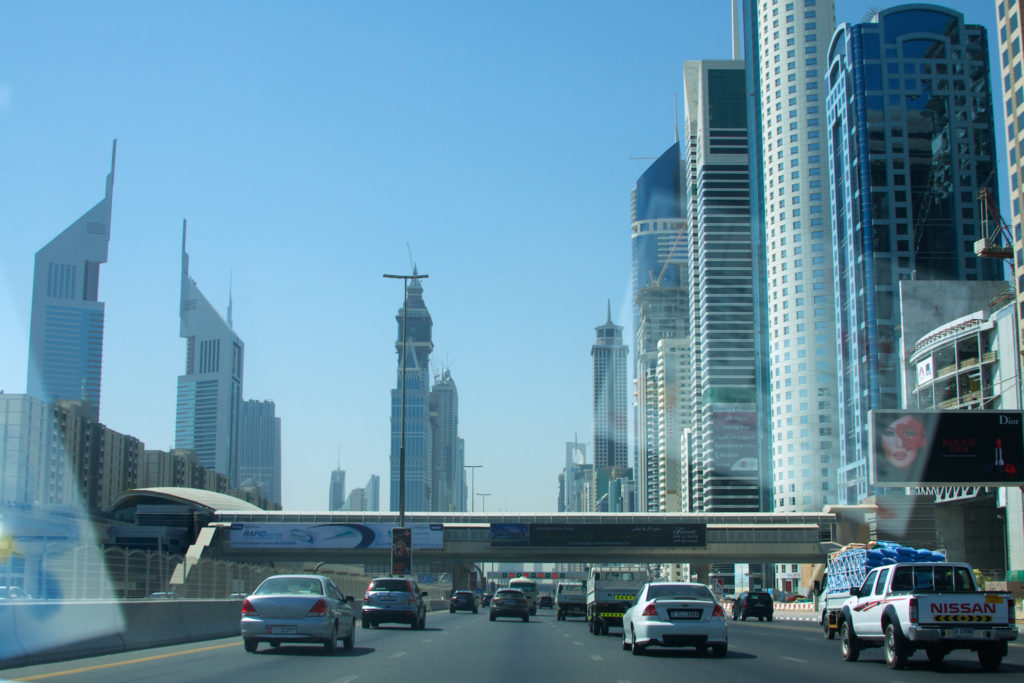 A completely changed landscape of cars usage will a completely different system of roads and infrastructures, right? Right! In fact, infrastructure will also become more connected in the future, giving way to more smart cities. Everything from the sidewalk and streets to the traffic lights and buildings will be connected to the internet.

Smart cities, will be automated capable of managing their energy, logistics and traffic, bringing about the first city with a population of 50,000 people and no traffic lights by 2026.

The first AI machine will join a corporate board of directors 2026. 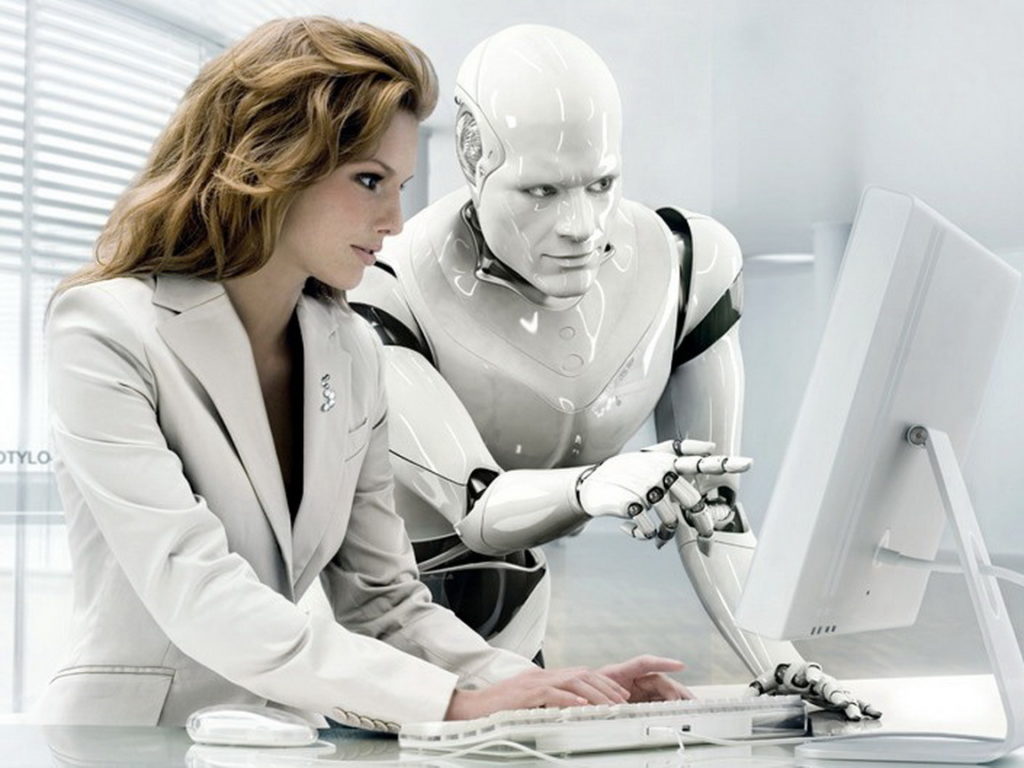 Artificial intelligence will increasingly play a more important role in the business world as a decision making tool. AI can learn from previous situations, it can provide insight and automate complex decision process based on data and past experiences, enabling robots to replace humans not only ..  low-wage, low-income jobs, but also doing white-collar jobs.

The technology will get so advanced that the first AI machine will become part of a corporate board of directors by 2026!!

The first robotic pharmacist will arrive in the US 2021. 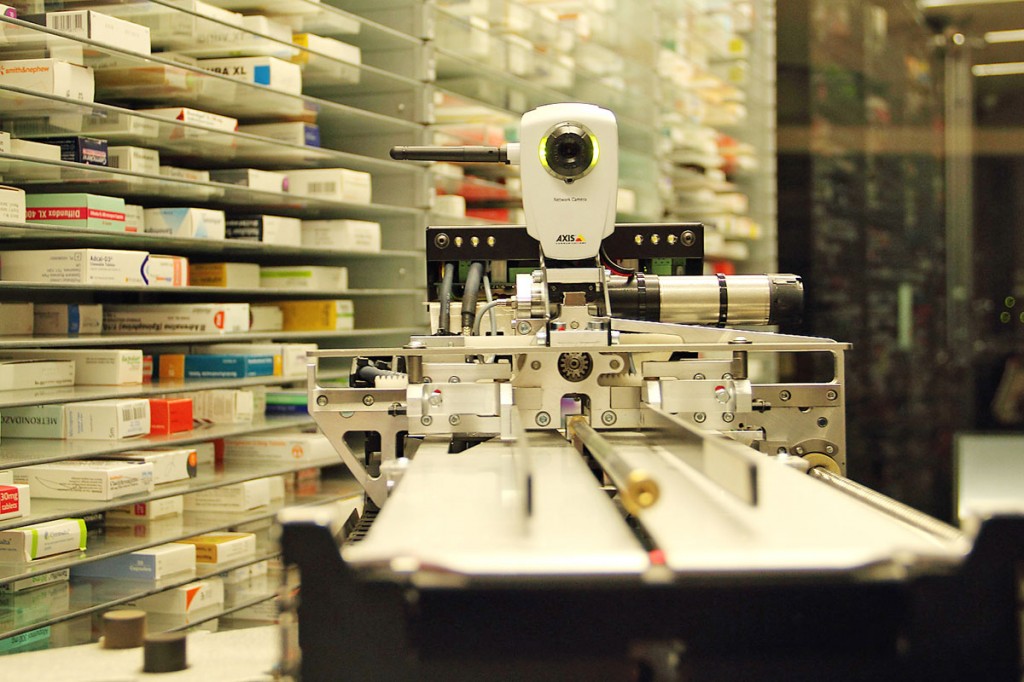 Speaking of robots, they already have a big presence in the manufacturing industry, but as they become more advanced we will see them enter new service-oriented jobs. In fact by 2021, we will even have the first robot pharmacist in the US, helping to speed up the process of collecting and sharing medicines.

But pharmacy won’t be the only industry to enjoy robots’ presence: with the help of 3D printers, robot machines will be able to help human doctors and researchers to grow usable artificial organs.

The first implantable mobile phone will become commercially available in 2025. 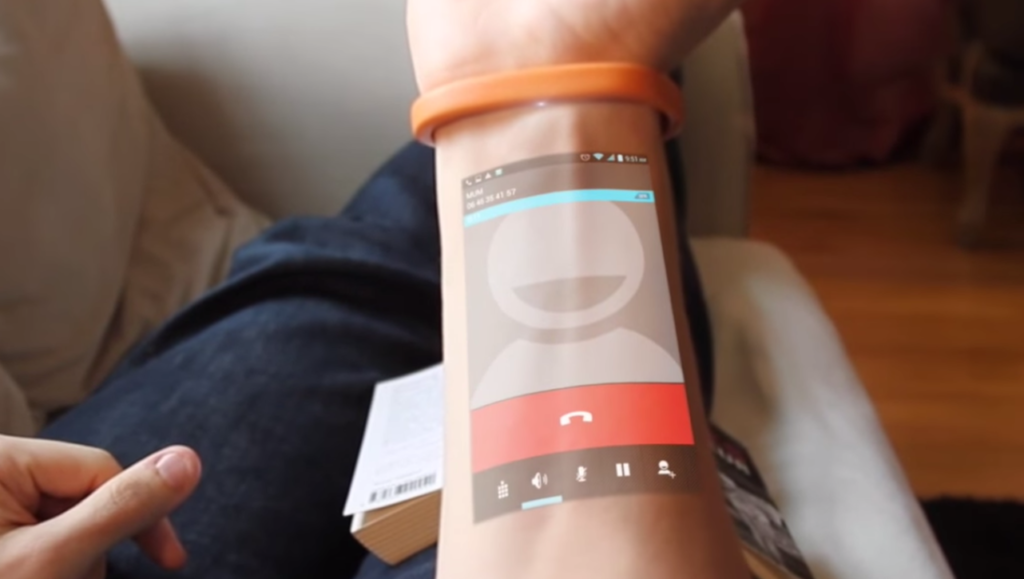 Do you feel attached to your smartphone? Well, you haven’t seen anything yet! In fact, by 2023 the first implantable mobile phone will become commercially available. The device will potentially be able to track a person’s health more accurately, while also allowing them to communicate thoughts via brainwaves or signal instead of verbally. Implantable health devices, like pacemakers and cochlear implants, have already become more mainstream. And it’s likely we’ll see more widespread adoption of implantable technologies emerge before 2025!

5% of consumer products will be 3D printed.

3D printing, also know as additive manufacturing, has already made a lot of inroads with designers and in the manufacturing industry.

But as the printers become less expensive, more powerful, and easier to use, consumers will also increasingly adopt the technology. This will enable them to print things at home on demand! In 2014, there were 133,000 3D printers sold worldwide, which is a 68% increase from 2013 and there’s no sign for this trend to stop. Get ready to buy your personal 3D printer!

How many of these trends do you think we will able to actually see in our life sooner rather than later? Let us know in the comments section below!